50 Cent Won't Back Off After Tasteless Joke About the Late Michael K. Williams

50 Cent used the news to promote his own TV show.

“Damn if you didn’t see Raising Kanan check it out,” he captioned a post about Williams death. “that fentanyl is no joke, killing the clientele. RIP michael k. williams.”

After facing backlash, Fif deleted the post.  However, he wouldn't back away from the joke and reminded everyone that he's been pissed at Williams for a minute.

"don’t ever try to understand me i’m different. I don’t do all the fake love shit,"50 typed, pulling up an old article in which he attacks Williams for defending Fif's rival Jimmy Henchman.

Is Fif foul for this? 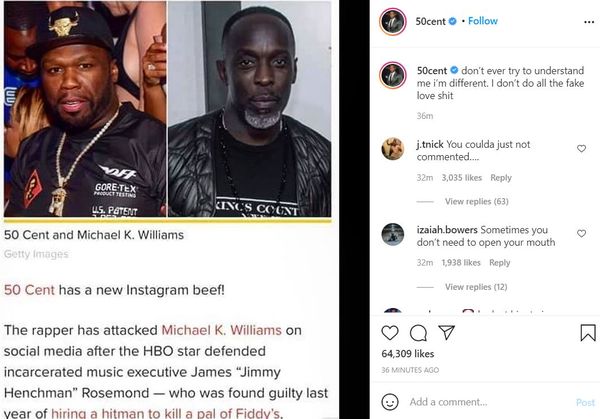