Now that Bobby Shmurda is off Epic Records, he's officially flying solo as an independent artist.

On Tuesday, April 19, the "Hot N*gga" creator announced that his new album They Don’t Know will be released on April 29.

One person then told Bobby the date was coming up too soon and he should allow more time for promotion. The rapper eventually responded and said being blackballed has a lot to do with the release date. 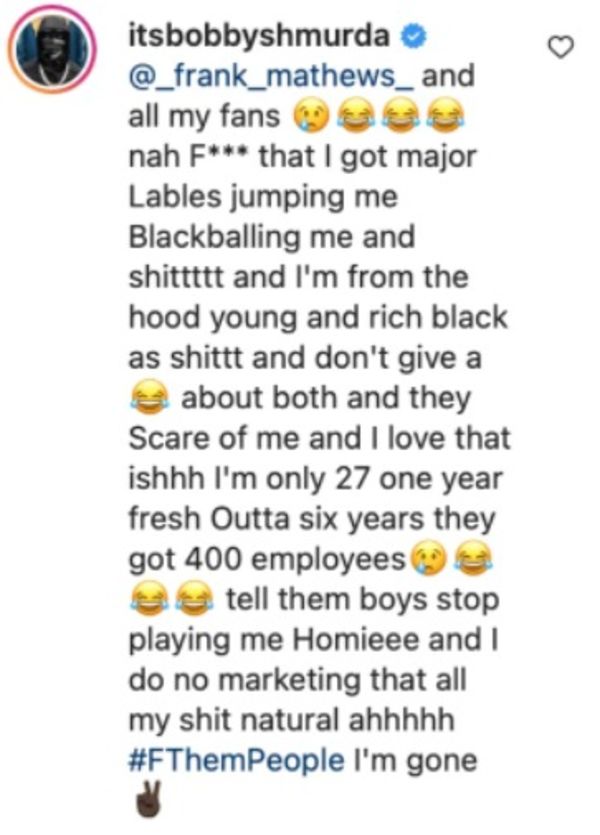 “@_frank_mathews_ and all my fans,” wrote Bobby. “😢😂😂😂 nah F*** that I got major Lables jumping me Blackballing me and sh*ttttt and I’m from the hood young and rich black as sh*ttt and don’t give a 😂 about both and they Scare of me and I love that ishhh. I’m only 27 one year fresh Outta six years they got 400 employees😢😂😂😂 tell them boys stop playing me Homieee and I do no marketing that all my sh*t natural ahhhhh #FThemPeople I’m gone✌🏿”

What do you think about Bobby's response?