Kylie Jenner posted photos of herself on Instagram yesterday, which is more or less what she does professionally.

However, there was something in these latest photos that was different than photos past.

It would appear that Kylie's had some work down in the chest area.

Here's a titty comparison from earlier in the year: 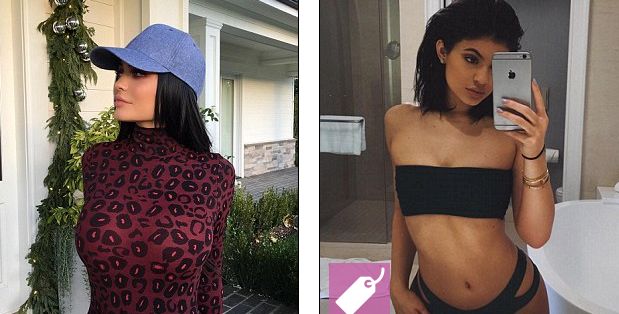 The Daily Mail is on the case of Kylie's inflating breasts, which she's attributed to time of the month hormones.

"Looking at the recent images of Kylie, it would appear that she has had a recent Breast Augmentation," plastic surgeon Mark Norfolk told the tabloid. "Considering Kylie’s weight hasn’t fluctuated hugely over the last year it is unusual that her breast size would increase so dramatically and in my professional opinion, I don’t believe that this increase in size is down to hormones as she is claiming."

Kylie has admitted to getting lip injections, and photos from when she was younger suggest she's had other facial work.

Now the question is what Kodak Black thinks about all of this.