DJ Envy was at the receiving end of Twitter mockery this morning when racy Snapcat messages with his name attached to them emerged.

We say "allegedly" because we think there's a pretty good chance the messages are fake.

"I don't know where [the messages] came from," Envy said this morning on the radio. "Whoever it was has been chasing all the reputable blogs, and nobody posted it. And I guess they found one that has."

Envy doesn't seem to be sweating it. In fact, he's been joking about the messages.

I'm going to tell you'll some real shit," Envy joked. "That was me and Charlamagne going back and forth on Snapchat. "Not true," CTG shot back. "I am way more kinkier than that."

Do you think there's any truth to the messages? 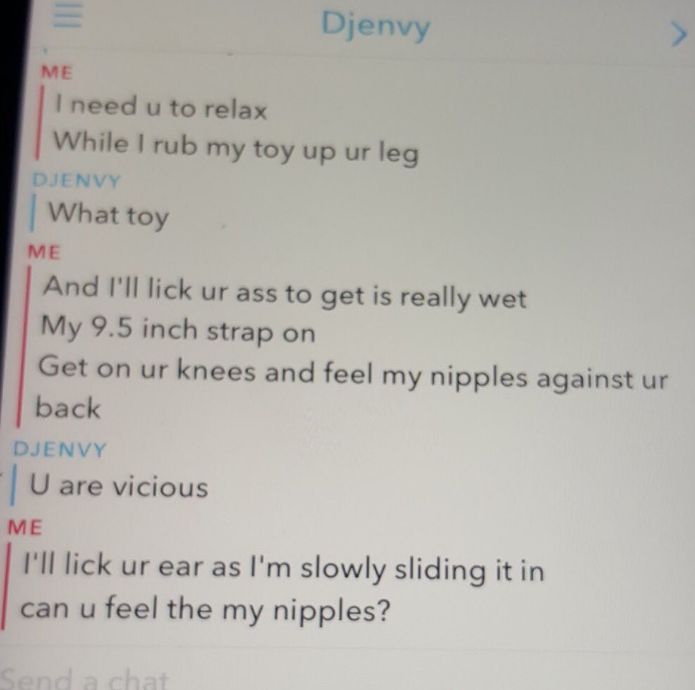 [Related: Twitter gets at DJ Envy after butt play Snaps.]

Fat Joe Has To Remind His Kids That He's Doesn't Have Money Like Dr. Dre Jay-Z &, Diddy 3 days ago / News News