When Eminem dissed Lil Pump on the Kamikaze track "The Ringer", Pump thanked the legend and said he deserved it.

But Pump decided to play with Em's legacy this week on Twitter, comparing an image from the video for his new Lil Wayne featured track "Be Like Me" to an iconic image from the Eminem hit "The Real Slim Shady". 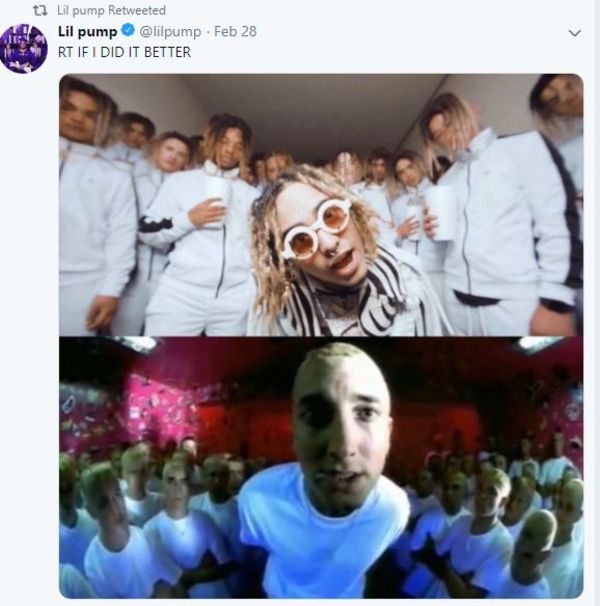 He asked his audience to retweet if he did it better. So far almost 6000 have.

Here are the two full videos:

DaBaby Gets Beat Down For Promo 6 days ago / News News