Ice Spice is the hot new ting in Hip Hop.

Over the summer, the NYC rapper was seen with Drake in Toronto after Drizzy publically slid into the 22-year-old's DMs.

As a result of the famous Drake stimulus package, the "Munch" rapper was able to raise her show rate from 4K to 15K.

However, shortly after he flew Ice international, Drake unfollowed her on Instagram.

Ice Spice speaks on Drake unfollowing her on IG 👀 pic.twitter.com/WfuuOX5sn6

"He did I don't know why though,"  Ice Spice said when the interviewer asked her about the notorious unfollow.  "It's OK, it's all love."

Maybe Drake will address what went down between the two on moody track on his next album. 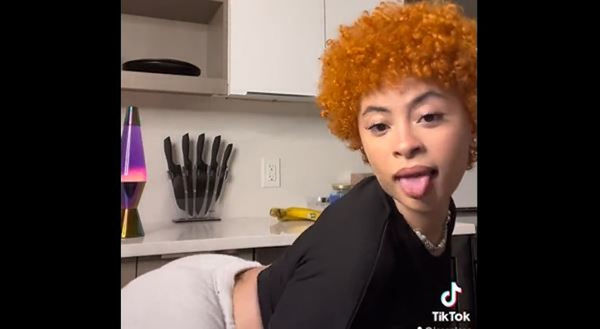 Ice Spice Talks About Her Sexuality, Liking 'Good Boys And Girls' a week ago / News Beef

Young Scooter Gets At N.O.R.E. For Saying Future Is Mad At Drake a week ago / Beef News