IG Model Blows Up Lebron James For Sliding Into Her DMs

Mia Khalifa isn't the only one exposing athletes who shoot their shot.

Last week, IG Model Heidi Hoback revealed a DM Lebron James sent her on Snap, and then felt the backlash from those who believe you should keep such things to yourself.

Hoback was contacted by King James while she was hunting. After she shared with the world their brief conversation she claimed she didn't know a lot about the Cav's star -- including that he was married and has three kids.

“I honestly was just having a normal day,” Hoback said in a video. “Going over and hunting and then this wild encounter with a buck happened and it just so happened to be right when LeBron DMed me, so I thought I would share that."

“I took to Snapchat to share it with my followers because I thought it would be a funny story. You know, the message was pretty innocent as far as I know. And then some of my followers informed me that he was married, which I had no clue because I don’t follow him. I wouldn’t consider myself a fan so I wasn’t aware of that at all. I guess that’s why it’s been made into a bigger deal than I originally thought it’d be.” 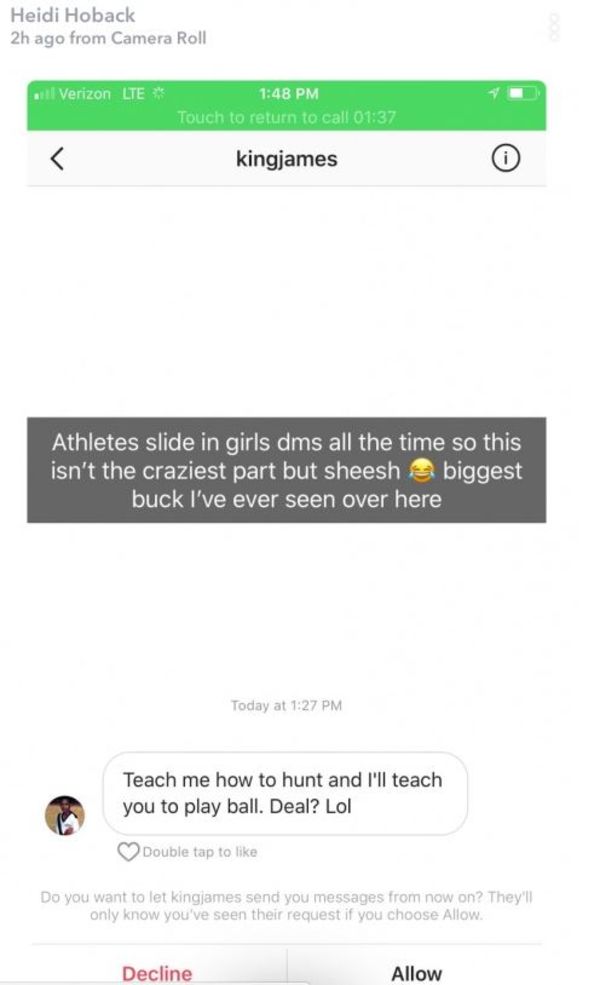 And here's Hoback explaining herself: Is she worth all the fuss?

Download the dating app Clover! All my friends keep talking about it…. Get it in the App Store 🐬🌴😉