Is Nicki Minaj Spilling The Beans About Relationship With Quavo On "Boo'd Up" Remix?

Ella Mai has been wildly successful with her song "Boo'd Up", peaking at the number six spot on the Billboard Hot 100 chart and continuing to stay inside the top ten.

The song gets an extra boost as the London-born, L.A.-residing new singer gets Nicki Minaj and Quavo on the official remix.

Produced by DJ Mustard, the record may indeed have something to say about a rumored relationship between Nicki and Quavo as they have been seen a lot together in public and on social media.

Is this their way of easing the public into the news of their relationship? Listen below!

"Fuckin' wit 'em, but we never tell the press tho," Nicki raps. 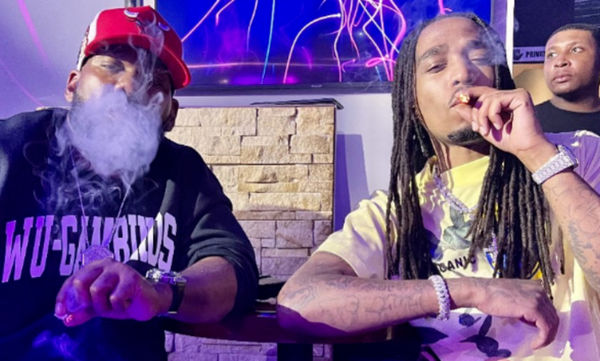