Jada Pinkett Smith was tight with the late legend.

To celebrate his half-century, she revealed an unseen poem "Lost Soulz" a young Pac wrote, in which he ponders his demise.

"As many of you know, today is Pac's birthday. He would have been 50 this year and, of course, I went down memory lane. Over the years, Pac wrote me many letters and many poems and I don't think this one has ever been published," Jada said.

We guess we'll be getting the August Alsina "Entanglement" papers in about 25 years.

Will Smith when Jada told him about Pac's poem. pic.twitter.com/qirDKfBFMd

When Tupac said "You claim to be a player but I fucked your wife" was he referring to Will Smith? pic.twitter.com/wZt3aYPt3G

Odell Beckham Jr. Got Paid In Bitcoin; Is Now More or Less Working For Free 5 days ago / News News 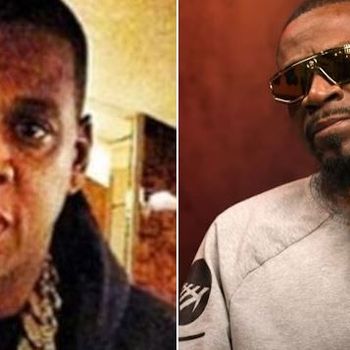