JayDaYoungan Arrested For Drugs and Guns After Police Get Tip

JayDaYoungan, who was last seen beefing with NBA YoungBoy over a girl, was arrested for drugs and guns at an Airbnb in Senoia, Georgia.

His pregnant girlfriend Jordan Brooks and six others, including a man wanted for murder, were also arrested. Youngan and Brooks were charged with possession of narcotics, illegal possession of a weapon, and tampering with evidence. They are both being held without bond. 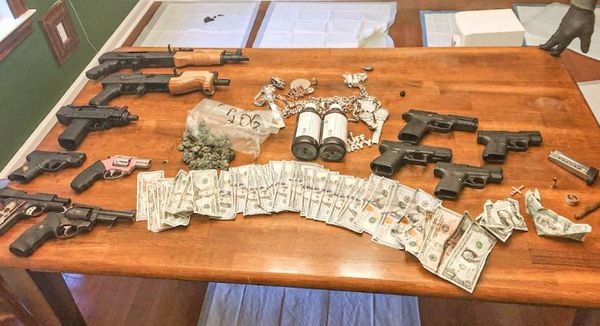 The police were alerted to the Airbnb when they got a tip a murderer was staying there.

JayDaYoungan was arrested earlier this year in his home state of Louisiana for hitting a pregnant woman, believed to be Brooks.

Earlier this week, Gucci Mane called out in a subliminal post either NBA YoungBoy or Tekashi 6ix9ine for being a rat.  Given Youngboy's history with Youngan and 6ix9ine history, they both could be relevant here.

NBA Youngboy Is Being Released From Prison 4 days ago / Crime