Soulja Boy was none too pleased when Kanye West removed his verse from the DONDA LP before it was released.

Then during his recent interview on Drink Champs, Ye said that he took away the verse because it was "trash."

But it seems the two rappers have settled their differences due to a text exchange that hit the Internet. 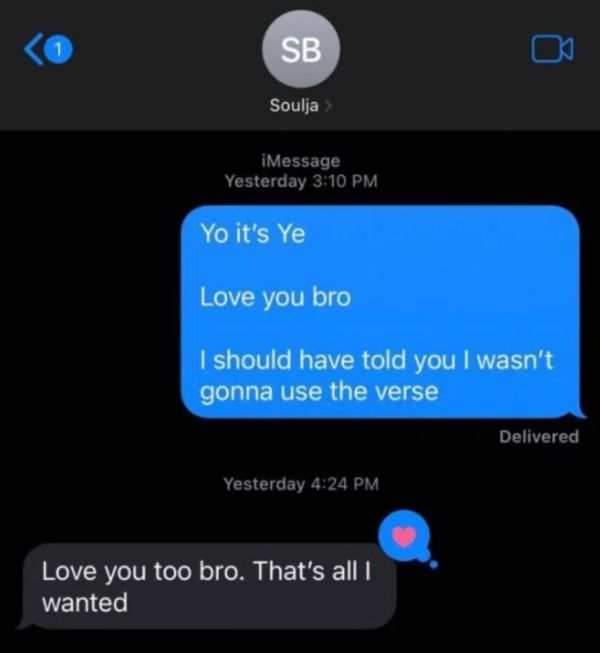 “Love you bro. I should have told you I wasn’t gonna use the verse,” Kanye supposedly wrote.

“Love you too bro. That’s all I wanted," Soulja replied.

The "Crank That" artist then tweeted about the exchange and boasted about it.


“I was the first rapper to get an apology from Kanye West," he tweeted.

Lil Baby Calls Out A Freeloader In His Crew, DaBaby Co-Signs His Message 5 days ago / News