Just a few days ago, Kid Cudi said he was the most hated man in hip-hop...

He may be right.

There are rumors on social media that some of Cudi's music was leaked by Kanye West and music producer Mike Dean.

Not only was the music leaked, but it was done with fart sounds through out it.

Mike Dean commented on social media that even though Cudi is a pu**y, according to him, he would never leak an artists work. 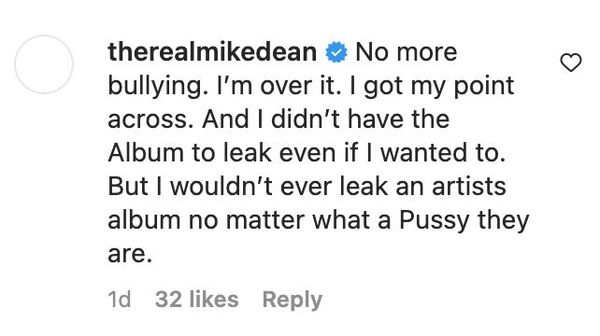 Do you think Dean or Kanye were behind it?