Kendall Jenner is no longer dating Ben Simmons, much to the delight of 76ers fans everywhere.

It seemed she had moved on to young Lakers survivor Kyle Kuzma. However, both sides deny they are in a relationship despite being photographed getting cozy on a boat.

Nevertheless, Kuzma was included in a meme which created a full team of NBA players Kendall had dated.

This is a playoff team lmao pic.twitter.com/8OwE17Lpac

Kendall responded by claiming only two out five. (Simmons and Jordan Clarkson.) 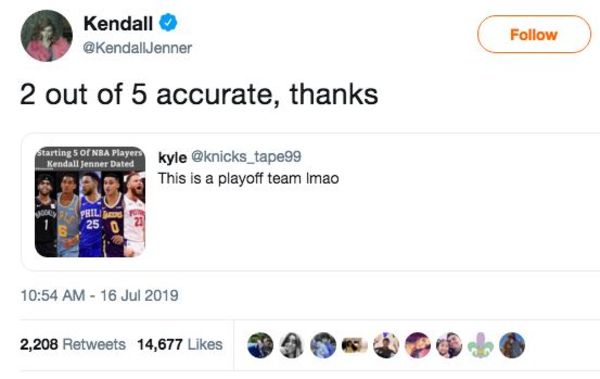