When Kodak Black isn't walking out of interviews, he's quite candid.

During his chat with The Whoolywood Shuffle, he explained why he turned down deals from Birdman and Boosie Badazz.

The first deal he rejected was with Boosie, and it was because the Baton Rogue rapper tried to get him on the cheap.

"Before I went to go sit down with Atlantic, Lil Boosie called me," explains Black. "I rock with Lil Boosie tough, I used to look up to him. He called me, he like I'm listening to your music. My Project Baby mixtape ... He wanna come sit down with me, and give me like ten bands or something. I already had that money off street money ... he wanted to sign for ten thousand."

When Birdman tried to sign him, at least he brought a proper bag.

"Birdman tried to get me with a few millions, but I wasn't going for it," Kodak said.

When Whoo Kid wondered if that was because of Lil Wayne's bad experience with Baby, Kodak confirmed that with a wild metaphor.

'That's like if somebody tells me 'Oh, she got AIDS','" he explained. "Even though I don't know, I ain't seen her papers, I'ma take that into consideration."

So there you have it, Kodak avoided Birdman like he would the HIV. Jump to five minutes to hear him talk Boosie and Birdman.

Lil Baby Calls Out A Freeloader In His Crew, DaBaby Co-Signs His Message 5 days ago / News News 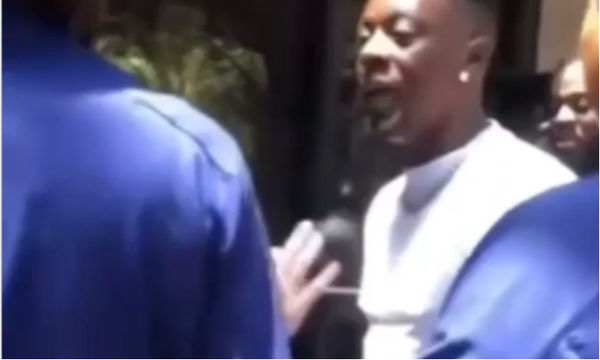