The replica business continues to be good for Lil Durk's clone Perkio.

At least according to Perkio.

The fugazi, who claims Durk is OK with what he does, jumped on social to remind everyone what his feature and appearance rates are. 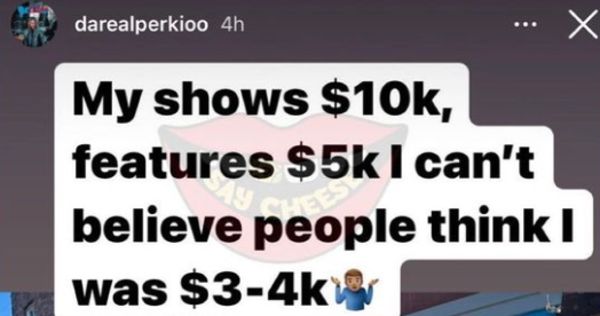 Assuming that's not cap  (and it's cap) what do you think would motivate someone to pay between 5 and 10K to be associated with a man he makes his living pretending he's another man?