Last month, he claimed 350K a feature and that he has receipts.  (But he wouldn't show them.) 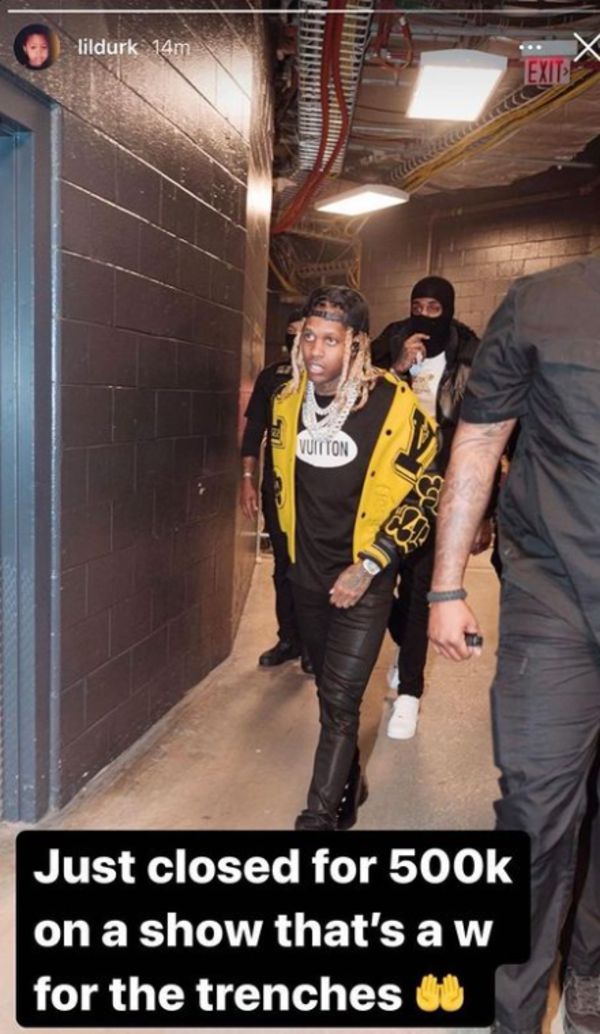 “Just closed for 500k on a show that’s a w for the trenches,” Durk captioned a backstage photo.

But considering Kanye was going to get $8 million for Coachella and then the Weeknd stepped in and got that exact bag when Ye dropped out, we guess Durk's claim could be accurate.

Lil Baby Calls Out A Freeloader In His Crew, DaBaby Co-Signs His Message 3 days ago / News