Machine Gun Kelly was loudly booed during his set last night at the Louder Than Life Festival in Louisville, Kentucky.

And it had nothing to do with Eminem.

Well, it may have had a little to do with Eminem

MGK has switched genres to rock, perhaps in part because Shady chased him out of Hip Hop.

In his new capacity as a rock star, he was planning to work with Slipknot singer Corey Taylor.  But Corey's verse didn't make Kelly's Tickets To My Downfall album.  As MGK explained it, it was because it was "terrible."

However, Taylor posted the real receipts and it was Taylor who decided it wouldn't be a good match so he nixed it.

I don’t like people airing private shit like a child. So this is all I’ll say: I didn’t do the track because I don’t like when people try to ‘write’ for me. I said NO to THEM. So without further ado…. #receipts
This is all I’m going to say about it. pic.twitter.com/pkhweg1Ptn

There are lot of Slipknot fans out there, and they let MGK know about it last night. 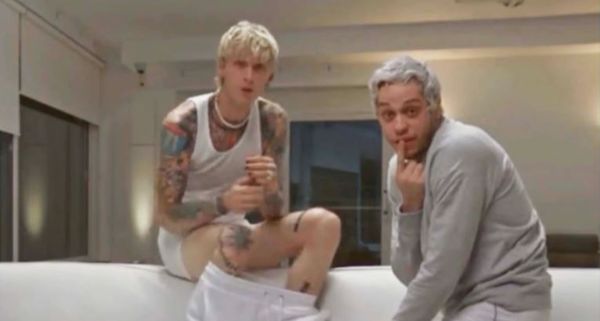