Michael B. Jordan is looking every bit like a boxer in Creed 2.

But those muscles (and whatever he took to get them) might be getting to his head because in an interview with TMZ he said that he'd like to fight Roy Jones Jr. and thinks he could stick with him.

Jones -- who's considered one of the greatest pound-for-pound boxers ever -- is 49.

But he did fight recently, winning vacant WBU cruiserweight title in a unanimous decision over Scott Sigmon in February.

Jones had said that would be his last fight. But he has said that before, and in a Facebook post he seemed open to Jordan's challenge. 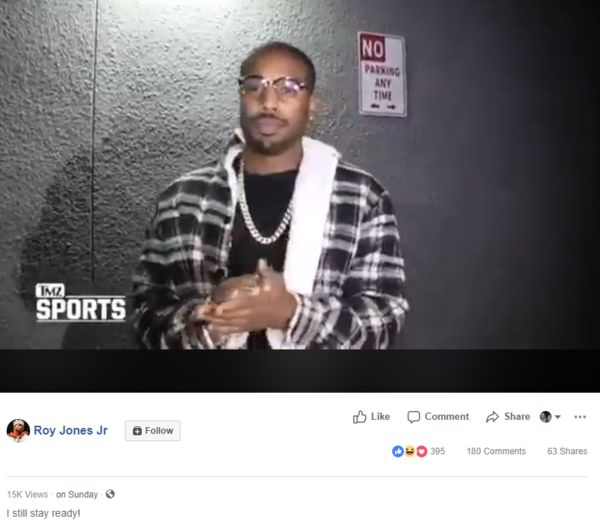 What would happen if Jones and Jordan got in the ring for real?

If that’s what the fans want, y’all KNOW it’s not hard at all to make. Hard to get up early in the mornings, but sacrifice for the fans is a normality for me so just let me know. I’m not tripping either way. Delighted that he’s wanna be in with his top choice. Blessing to be that.