Will Smith may lose his Best Actor Oscar over slapping Chris Rock silly about a half-hour before he got the golden man.

Smith was pissed that Rock had made GI Jane joke about his bald wife Jada, who suffers from alopecia.

But he gained the respect of Nicki Minaj. 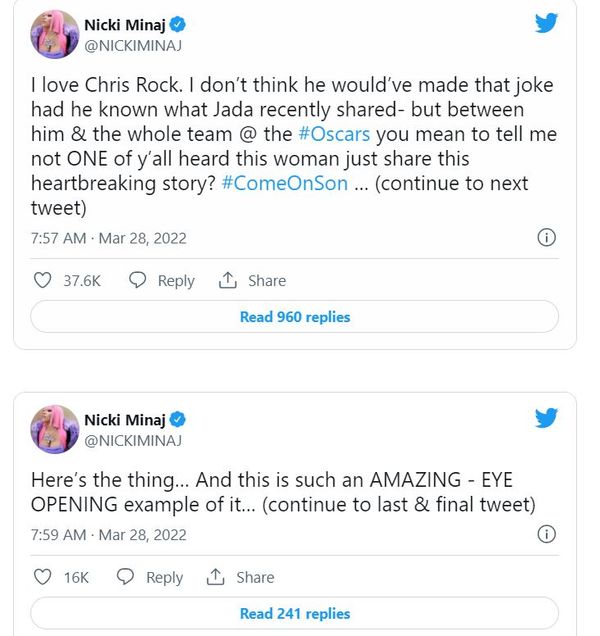 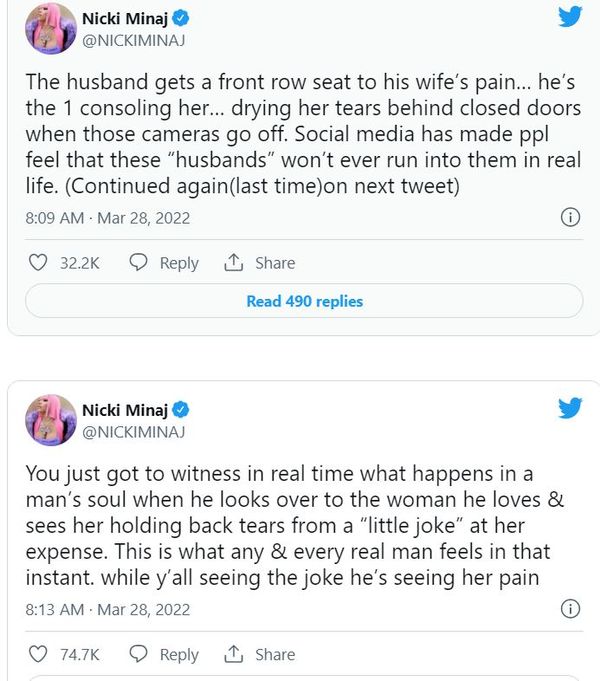 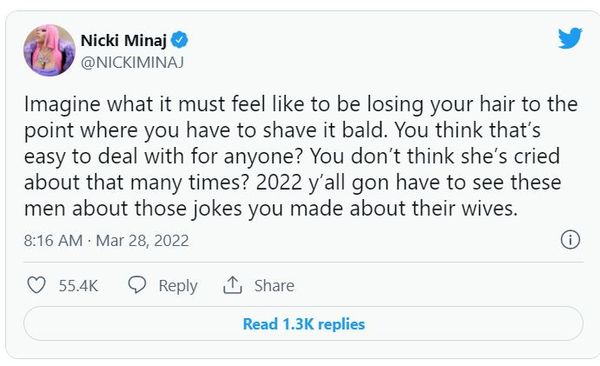 I love Chris Rock. I don’t think he would’ve made that joke had he known what Jada recently shared- but between him & the whole team @ the #Oscars you mean to tell me not ONE of y’all heard this woman just share this heartbreaking story? #ComeOnSon … (continue to next tweet) The husband gets a front row seat to his wife’s pain… he’s the 1 consoling her… drying her tears behind closed doors when those cameras go off. Social media has made ppl feel that these “husbands” won’t ever run into them in real life. (Continued again(last time)on next tweet) You just got to witness in real time what happens in a man’s soul when he looks over to the woman he loves & sees her holding back tears from a “little joke” at her expense. This is what any & every real man feels in that instant. while y’all seeing the joke he’s seeing her pain. Imagine what it must feel like to be losing your hair to the point where you have to shave it bald. You think that’s easy to deal with for anyone? You don’t think she’s cried about that many times? 2022 y’all gon have to see these men about those jokes you made about their wives.

Nicki's husband Kenny Petty once killed a guy, so we can only imagine what he would have done if Chris Rock had made a joke about Nicki.