Then Quando rapped about the murder and posted up in Chicago.

Suffice to say, Von's boys on the O Block are not happy with Quando, and there have been reports that Lil Durk is blocking him from doing shows.

Yesterday, an alleged set of DMs from Rondo to Durk in which he begs  Durk to back off and let him breathe hit the web.

Quando is denying he sent the DMs: 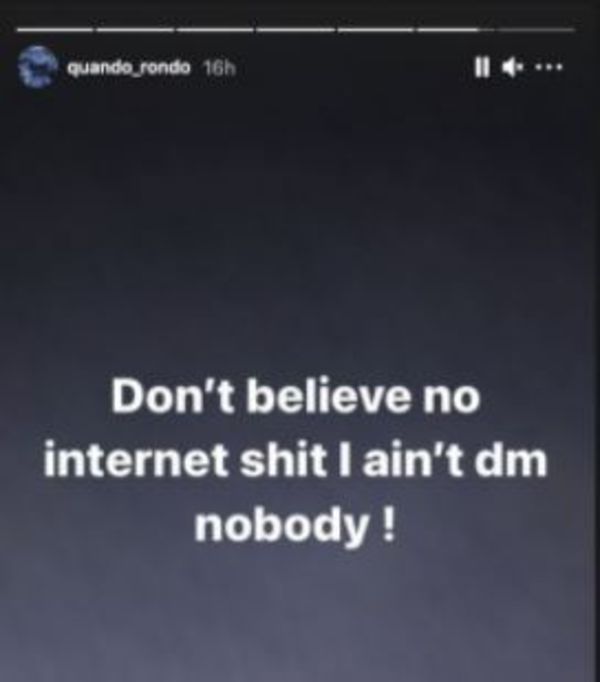 "Don't believe no internet sh*t I ain't dm nobody. And I don't have a Facebook or Snapchat!"