The server will also feature up and coming artists on the servers radio station and much more 👀 pic.twitter.com/sWbnnH0A64

It cost 35 bucks to be selected for the whitelist of the server.

As of today, the server is no more. 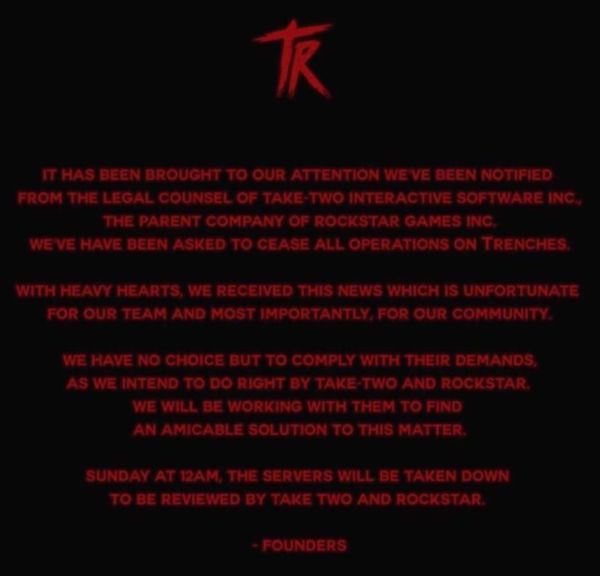 "It has brought to our attention we've been notified from the legal counsel of Take Two Interactive Software Inc the parent company of Rockstar Games Inc we've been asked to cease all operations of Trenches," Durk's team typed.  "We have no choice but to comply with their demands."

"Trenches" had been compared to Tee Grizzley's GTA server, which he says he's making 200K a month on.  We don't know if Rockstar is going after that server as well.

Zaytoven Sells His Catalog a week ago / News