There is some speculation that was because he showed up at the festival late.

Others believe there was too much raging going on and feared a Travis Scott redux.

People are theorizing that Lil Uzi Vert got his microphone cut at @daynvegas2021 to control raging.

Although he was late to his set, a computerized voice directed attendees to step back to allow room for the front row shortly after he left the stage.pic.twitter.com/YLsM2XJaeL

Whatever was going on at Day N Vegas, Rolling Loud wants Uzi to know they would never do him like that. 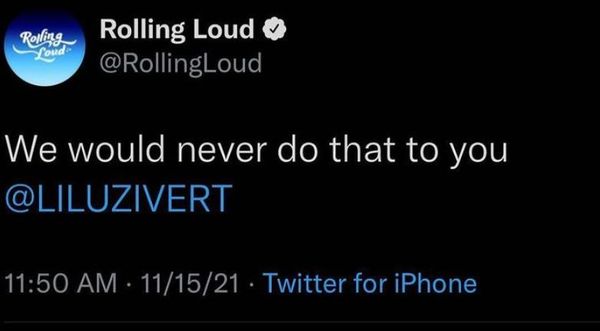 "We would never do that to you @LILUZIVERT," said Rolling Loud's verified Twitter page.

The Game Trolls Eminem Through Hailie a week ago / Beef Beef