So she snapped a photo.

Meeka has been showing her Clubhouse friends the nude photo of Wack 100 and everyone laughs.

Wack has had enough of this, and he will be suing Meeka for distributing the disturbing photo without his consent. [Jump to two minutes.]

"We got all the replays of you saying what you had.  My attorneys called me and said, and these their exact words 'You know it's a felony'.  [In the state of California you need consent on both sides to record something.]   You know I can't go that route.  I just want the pocket," Wack said, explaining he initiated a lawsuit against Meeka.  "I'm just going to hit your pockets.  You know who laugh now.  We'll see who laugh later."

Wack acknowledged that some folks think lawsuits aren't gangsta, but he doesn't care.

Meeka has yet to say anything about the lawsuit. 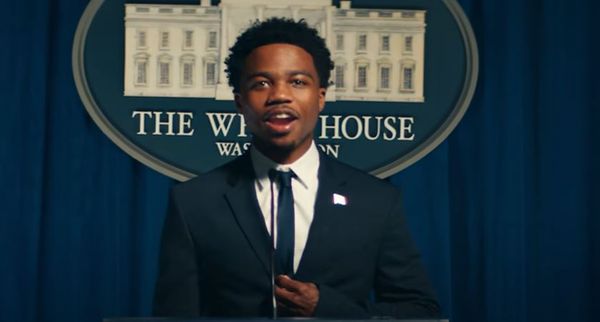 Roddy Ricch Sued For Stealing "The Box" a day ago / Legal