Warren G and 2Pac collaborated early in Pac's career.  However, they never got together after Pac went to prison.

Speaking with Mike Tyson, Warren explained why he wasn't able to.

"We didn't get a chance to link up after he got out.  Actually, I seen him one time at the House of Blues and he hugged me and hit me a few days after that he was telling me 'let's get in the studio I'm gonna book some time.  But a situation had happened right before that, when I was like I'm not going to go there," Warren said, explaining that Pac wasn't aware of what happened.  "But we went to the studio, Snoop was there, everybody.  So Suge's homies came ... I went into the room in the call the red room.  And when I came another cat came, I'm not going say his name, and he came out the door [and started talking crazy about him].  I don't know why they was tripping, but they was tripping.  And he snatched my chain.  I had a glock on me ,too."

Warren G said he thought about shooting up the place, but he would have been badly outgunned so he didn't.  What he later realized is that his half-brother Dr. Dre had just left Death Row, unbeknownst to Warren, so Suge's goons were taking it out on Warren.

He was able to get his chain back through back channels.  But when Pac asked him to get back in the studio with the same goons, he didn't feel comfortable doing so.  Instead, he told Pac he would book the studio and Pac could come to him.  But that never ended up happening. 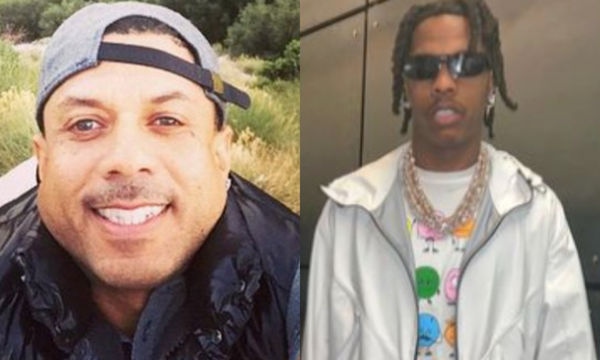