People have been crucifying Kanye West for saying slavery was a choice.

But not XXXTentacion, who gave his opinion of the slavery debate in a now-deleted Tweet.  Although the Florida rapper didn't go as far as saying slavery was a choice, he sided with the other point West seemed to be trying to make: that people focus too much on slavery in 2018. 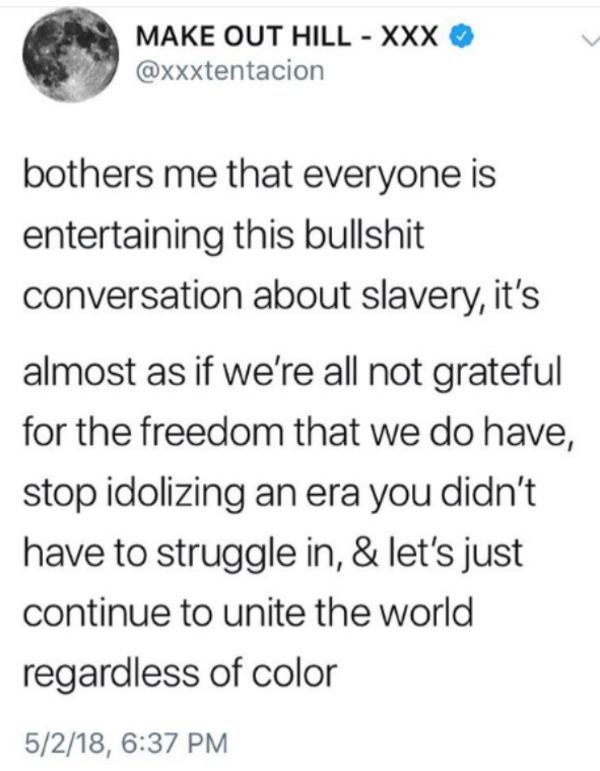