Young Thug is a workaholic. But it doesn't become clear just how addicted to the studio he is until you factor in how much material he has laying around. In 2015, he put out Barter 6, Slime Season 1 and 2, and will drop MigoThuggin' on Christmas. Can't forget the dozens of leaks over the year. Even after that, there's still nine projects we know about that are sitting in his vault.

Music video director Be El Be got on Twitter an teased just how much music unreleased music he has from Thugger. This includes Thug's debut album, another Rich Gang album, several collaboration projects, and MetroThuggin'. It's interesting to note two unknown collab projects are listed. Be also suggests that Gucci Mane will finally be out in March, and a collaboration tape with Thug is imminent. 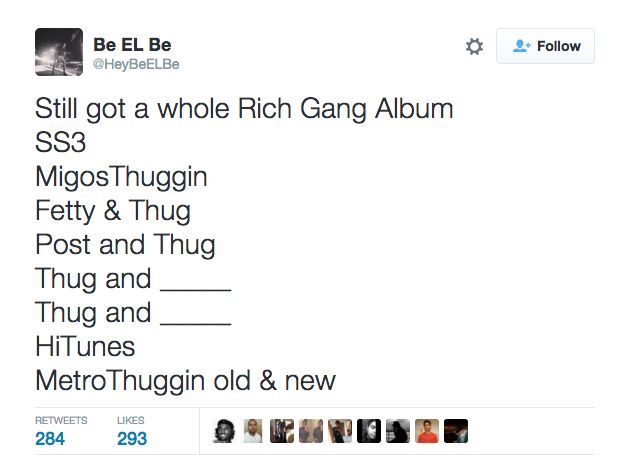 YK Osiris Mocks Boosie Badazz, Who He Owes Money to 6 days ago / News