Chris Brown And Karreuche Are Taking Shots At Each Other

Chris Brown has been super aggro lately on social media, having gone all caps on both his former buddy Kevin McCall and presidential candidate Donald Trump.

With his saltiness overflowing, he decided to take some shots at his ex Karreuche Tran's career. 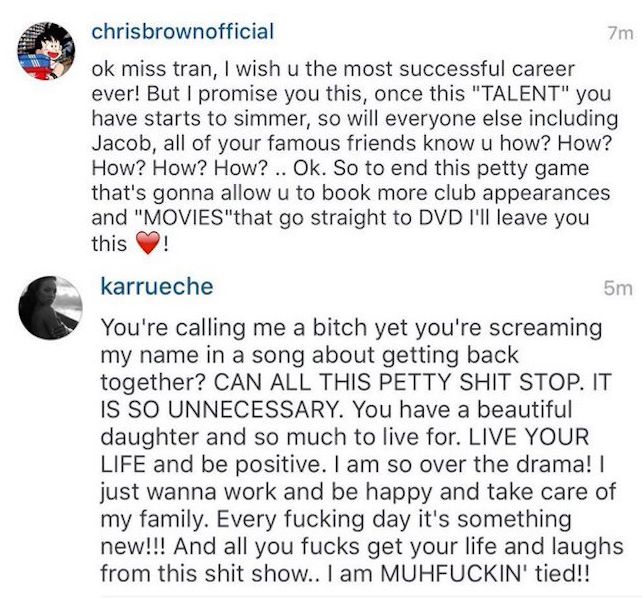 As you can see, Karreueche didn't appreciate Brown's pettiness, and referenced the track 'Fuck You Back To Sleep,' in which Brown pines for her.

Given his recent barrage of negativity, we'd usually say it's time for Brown to step away from the keyboard. But with him it's better he use his fingers than his fists.