Chris Brown Rages At His Label

Chris Brown is not thankful for his record label. 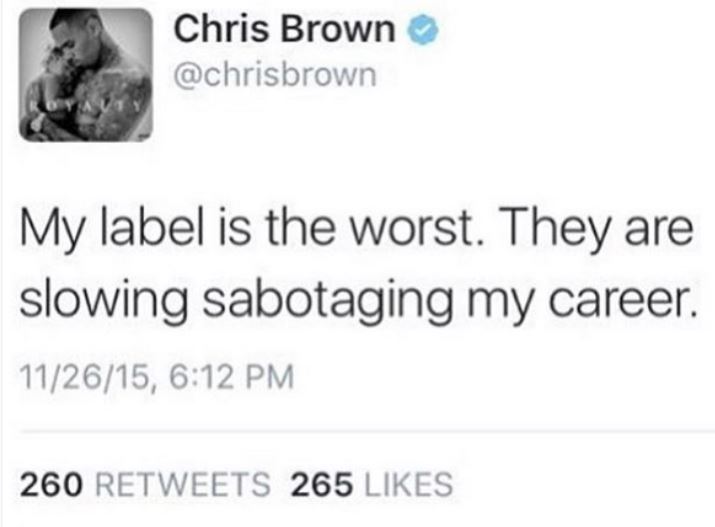 He later deleted the message.

This comes after reports that his upcoming album Royalty is being delayed again. There has also been talk that Breezy has been disappointed with the amount of his material that has been leaked.

Brown is also releasing his Before the Party mixtape today. It's unclear if that has anything to do with his label anger.