Diddy's Ex-Bodyguard Says Puff Set Up and Snitched On Shyne

According to Puff Daddys' ex-bodyguard Gene Deal, Diddy set up and snitched on Shyne after their notorious 1999 club shooting that also involved Jennifer Lopez.

In an interview with The Art of Dialogue, Deal was asked why Shyne went to jail and PUff didn't even though they were both initially hit with the same charges.  He had an interesting answer. [Jump to four minutes.]

“They came to Shyne and they asked Shyne for 20 racks because they had somebody [a lawyer] that was going to make sure all of them got off.  "Cause they was not going to agree to none of them charges, and they was on the jury stand,” Deal said. “Shyne may not admit to it, but he knows that to be true ... So now, the reason they got off was people was coming to Bad Boy security, Paul and other peope, and said that they were there," Deal to The Art Of Dialogue

“So they were giving them the D.A.s and the lawyers’ cards and telling them to go make a statement. Some of those people making statements, they was making statements against Shyne. Shyne said, ‘You supposed to be my brother and you got people testifying against me?’ Those people were testifying, they were brought to Puff first, saying what they saw against Shyne, what they saw Shyne do. The D.A. didn’t even know those people existed. Shye said it himself."

Shyne served nine years and was deported back to his home country of Belize when he got out.  He is now the leader of the small Caribbean nation's opposition party.

He's also forgiven Puff for whatever he did.

“I have purged myself of whatever resentment and whatever blame and whatever anger and frustration and devastation,” he continues. “I’ve rid myself of that because I can’t carry that with me because I need to make room for all these people that I’m trying to help, that have so much baggage and such a load to carry, and I’m trying to lift them. So I can’t lift them up if I’ve got negativity holding me down," Shyne said after meeting with Puff during his first trip to the State's since his deportation.

It's been a tough week for Puff.  In addition to Deal's accusation, his old shiny suit buddy Mase has been ripping Diddy for taking money from his artists and being a merchant of death. 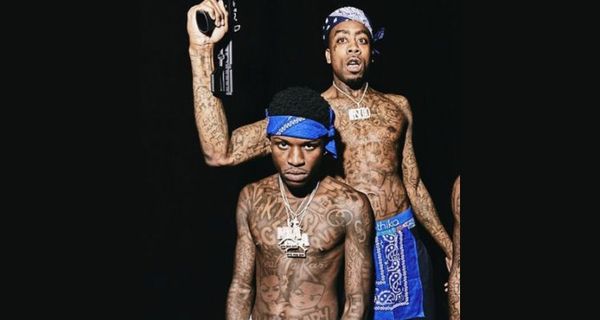