The first week numbers for Kendrick Lamar's album Mr. Morale & The Big Steppers were both good and bad.

One of the biggest criticisms of the album was that while it may have had impressive elements, it didn't have a lot of repeat value.

Its second-week projections suggest that may be the case.  HitsDailyDouble slates Mr. Morale & The Big Steppers for 85K in week two. 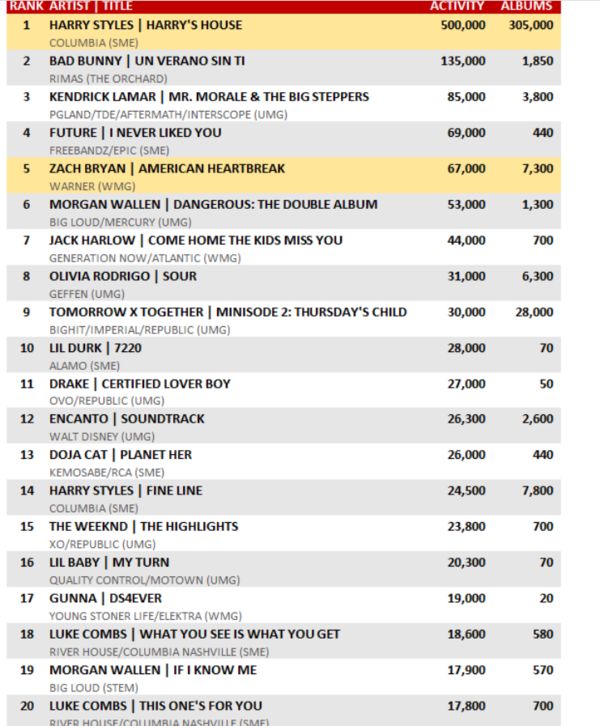 That's a bigger-than-normal drop-off for a hit album from a big-time artist.

How long do you think it will take Mr. Morale & The Big Steppers to get to platinum?  (Assuming it does.)