When Joe Budden learned that The Game was going to reveal the explicit details of his past relationship with Joe's wife Cyn Santana on his new album Born To Rap, Budden aired out Game on his eponymous podcast.

“And then, what does it say about that? That you are calling out women that ain’t said a word about you. They’re not proud of you, ni**a. You’re not the brag guy. Why you telling us? It’s off. It’s a little off. But not to me, because your entire career you’ve been the guy that’s just begged for acceptance. I’m the guy that brought the change of heart clip to existence. I know you well, your type. I know that type. Well! I just feel bad that you have to do that. Not just you. There is a plethora of rappers that because their music is not garnering the attention they want," Joe ranted.

Budden also made it clear he's not worried about what Cyn did before she met him. But that's where Game went in his response to Joe's words. In addition, he said he made Joe retire from rap and become a media personality.

Oop!! #TheGame has a message for #JoeBudden 👀

"You can't sue nobody for discovering the pussy before you," Game typed. "I turned you into an on-air personality," writes Game. "Enjoy retirement, pu**y!"

Is Joe going to have to get back in the booth and deal with Game? 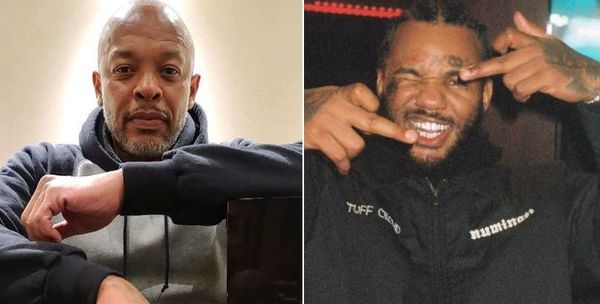 The Game Says Dr. Dre Has Never Done a Beat For Him 43 mins ago / News Beef