JAY-Z was an early supporter of Nipsey Hussle.

"I got a DM on Twitter from a respected Hip Hop journalist and he was just like, 'Hov respects the move, salute,' Nip told MTV in 2013. "A little while later, I got an email that came through my team that was like, 'Roc Nation, on behalf of Jay Z wants to buy 100 units. Who do we pay? When can we get the shipment out?'”

Nipsey's gone now, and Jay is struggling to get over the loss.

In an interview with Eagles wide receiver DeSean Jackson -- who grew up in Nip's Crenshaw neighborhood -- Snoop Dogg explained the toll Nip's death took on Hov.

Powerful piece I did with @nflnetwork check it out tonight @ 8pm eastern!! Rest In Peace @nipseyhussle 🙏🏾🏁🙏🏾

“Me and Jay Z were just talking. And we was like.. we was like praising him. Then I see Jay Z after Nip died. I seen him in Virginia and cuz held me so tight. He was like ‘man, we were just talking about Nip.’ He said ‘man, I really loved him.’ And the way he held me was like, it was different.” Snoop said.

“He really loved Nip. Certain people in life really touch you no matter what and his spirit was so beautiful and when I seen Jay Z & Beyonce at the funeral I knew he loved him.” Snoop added.

Eminem, Dr. Dre & Snoop Dogg Have Something Cooking a day ago / News Beef 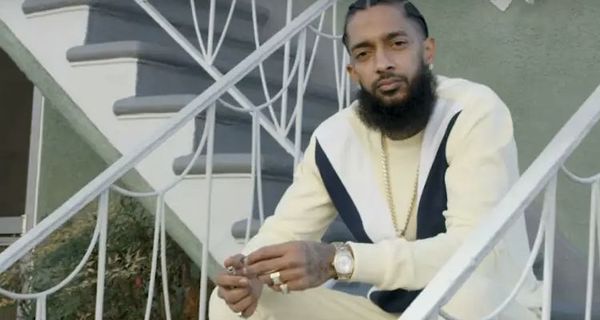