Young Thug Getting Sued For For Skipping Out On Verse

Online Hip Hop merchandiser WeThePlugg.com thought they had a deal with Young Thug.

They claim they gave him a down payment of $5,000 to provide a verse for the winner of a rap song contest they were holding.

Then, when he submitted the verse, he would get another 10K.

However, after taking the down payment, Thugger dropped out of sight. Eventually his manger said he was no longer interested in providing the verse.

WeThePlugg is now suing Thug for the 5K plus another $9,500 in damages.

Given that Thugger can churn out a verse in a matter of minutes, he must have really not wanted to be involved in WeThePlugg's contest. 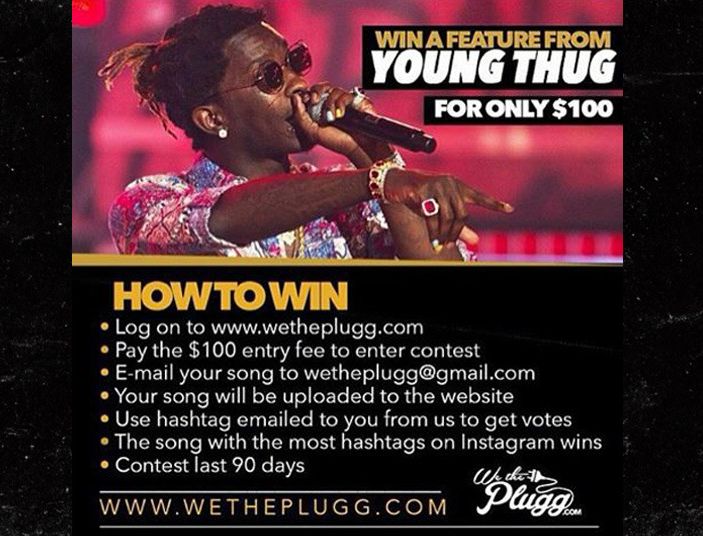